Over 5 years ago when Sitecert launched at Lift-ex 2OO9 and then at Bauma 2O1O our initial customers were Lifting Equipment Inspection companies who wanted to use technology to cut costs of inspections.

In the tech industry they are what we call early adopters.

Not all sales pitches ended in successful sales at the time, but now many of those companies are now coming back to us for various reasons. The main reasons are discussed in this blog.

Early adopters are like gold to fledgling companies like Sitecert in 2009 as everyone has the same goal. They want to get an edge on competitors and cut costs while we wanted to build a world class system. A win-win relationship. 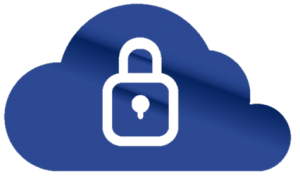 Putting Sitecert in the “Cloud” meant that every feature when built was immediately available across all our customers. We were adamant that Sitecert would remain solely in the “cloud” until we got all the features built out that customers requested.

This meant that our developers could concentrate on one version of the software rather than spending time updating our client’s servers all the time.

This is known as “SaaS”, (Software as a Service) which effectively means companies pay as they use the system.

When our customer’s needs were fully satisfied, we started to develop cutting edge features which are being rolled out currently.We really believe that these features will change the inspection industry drastically. These will be revealed in the coming weeks.

“Cloud” or “SaaS” based software was not suitable for everyone, particularly at the start as IT departments wanted to maintain full control. This has rapidly changed over the years as companies see the benefits of being able to switch users on/off software and safe in the knowledge that it will always be up to date. Eliminating the capital cost of systems is also a driver towards SaaS model. 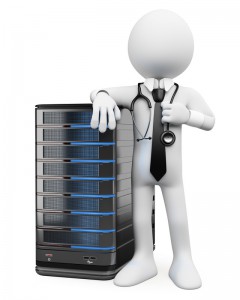 Now that we are coming to the end of our development, server based installation is an option for larger customers where they still persist with it being run locally.

Personally, it would bug me if one of our customers was using an older version of Sitecert when they could have all the latest bells & whistles with the latest edition.

We even insist on customers maintaining their servers to ensure that Sitecert runs smoothly and fast for all users. We want every user from Examiners to the owners of the equipment to be blown away by the simplicity and speed of Sitecert. Having a good first experience in using Sitecert is paramount to us.

Why Inspection companies are migrating to Sitecert the 2nd time round

There are a few distinct reasons why companies are ditching their existing system and moving over to a fully managed system by Sitecert.

This is a big decision as often they have spent a lot resources on building their own system or on one that is “bought in”. System failings usually do not appear until the second year of implementation when it is too late to fix as foundations have been set.

Our sales team do not hold it against them, that they did not choose Sitecert initially as they are often the most motivated to get started after years of frustration. They also really do their due diligence on the Sitecert solution and ask very indepth questions on issues which they have experienced, which our sales team really get a kick explaining how Sitecert deals with it. There is nothing that we haven’t seen in the inspection industry.

1. Building their own system

Companies who liked what we were doing but wanted to “own” their own system often went out to build a version with some external help. These companies generally build a webportal that allows their customers to login with limited success. Examiners/admin still had to enter the data on the website which is still duplication of entry!

Very few have gone as far as building a “Mobile” system which is understandable given the resources required and the constant changing of devices. Getting consultants in to build a system can be very costly especially with contract overruns. Nearly every company underestimates the time it takes to build a comprehensive system.

Companies forget to factor in the weeks spent by management in conveying their needs to the consultant and double checking that they understand, which is a very important factor.

We have being developing Sitecert for 5 years and just about see the finish line regarding features – that’s how long it takes for a perfectly functioning system. We still have to keep upgrading to ensure that system is compatible with all the latest devices. Its a continuous redevelopment cycle.

The biggest reason for these systems falling down is the original design of the database, which works fine for the first year but then subsequent inspections start to cause problems. It is too late then to fix system as it will require a major overhaul and reinvestment.

We have seen this time and time again with the same reasons for systems breaking down.

As this software is also used by the owners of equipment to check their inspection reports by going online, it is important that it works flawlessly and efficiently as it reflects the company carrying out the inspections.

These companies get very frustrated when they see their competitors using Sitecert with no problems. As the inspection industry is clearly segmented, companies do talk a lot and share experiences at tradefairs and online. Majority of Sitecert sales come from recommendations by existing customers.

Thankfully, we are experienced now at extracting data from existing systems and moving them on to the Sitecert platform quickly.

It is important that the company you choose to provide your inspection software is fully dedicated to the cause. Your examiners are not going to be computer experts and they will not accept any system that does not suit them 100%.

The “APP” must be tailored and simple to use. They are the most important people when getting your company to “buy in” to the new system.

Getting an existing “Asset Management” system and hacking on an Inspection element on will not cut it as it will be difficult to use which is the main reason for “bought-in” systems not working.

Looking at the company supplying software as a whole will give you a good indication of their motivations for releasing an inspection system. Make sure they have control of their own development roadmap without having to get approval from a parent company – who more increasingly are not software orientated.

Ask yourself these questions

1. Is Inspection Software their main area of business? Have they another reason for releasing software – eg Selling RFID’s?

Inspection Software should be able to stand on its own, without the need for RFID’s to identify assets. If you need RFID’s to identify equipment, it shows that your software was not designed properly to enable assets to be identified quickly. It takes 4 seconds to find any asset on the Sitecert mobile app so using RFIDs has only limited advantages for INSPECTIONS. See post on “The Truth about RFID”

2. Do they have autonomy over their own decisions with investing in keeping software up to date and running on latest devices?

I spoke with a competitor at an exhibition and asked him about how their transition to Android/IoS was going from Windows Mobile. He said that they are staying with Windows Mobile as it is best suited to their system. I was gobsmacked as Windows Mobile is being phased out within the enterprise industry and is clunky to use in comparison with consumer devices. (Android & IoS) . Click here for more info

Their parent company’s main area of business was not software related and obviously held the purse strings in relation to reinvesting into the business to keep it relevant.

Compare that with us, when two years after setting up Sitecert – we had to make the painful but necessary decision of moving from Windows mobile to Android/IoS. We used this opportunity to build Sitecert again from the ground up, making it a lot more flexible.

While a system may satisfy examiners needs, the ultimate end user also needs to have an optimum system – after all they are your valued customer. Eg The Safety Officer on a construction site who logs into the system to view inspection reports.

I, Owen Ferris, founder of Sitecert come from an engineering/safety background who can see the requirements of both the end user and the examiner carrying out inspections.

Software designers/programmers often do not have exposure to other industries and find it difficult to understand the reasoning for building in features. Having a person at the helm who has experienced the issues first hand that their product tries to address, is preferable, especially when communicating the needs of the user.

Building your own “App”

Build your own APP may look like a solution but as you delve into inspections, you realise that there are relationships that need to factored in between various equipment and inspection types. These cannot be designed in on “build your own APP” type systems. There is nothing more frustrating than having to keep re-entering the same data when it could be automated. Typing data into a tablet/smartphone is a lot slower than handwriting. Typing on a device has to be kept at a minimum. We achieve this by using numerous “Dropdowns” to select from.

Don’t forget you must also build a webportal for your clients to login to. Unless a system is perfect, your customers won’t be happy logging in or your Examiners using the App to record inspection results.

You would think that companies that have moved over to Sitecert from a previously system would be quicker to train given prior knowledge of the area. This is not always the case as there are “bad habits” to unlearn from the old system.

This was really apparent recently when deploying Sitecert as a new employee became the expert quicker than those that we there for years and familiar with the previous system.

There are a few different inspections systems out there, including build your own APP’s , it is important to do your research as they are not all the same. Think about the people that will be using the App or website and their technical expertise. Simplicity is the key.

Remember, not all users will be tech savvy or as excited about mobile inspections as you are and will not be so forgiving about shortcomings.

Thanks for reading, and will be in touch about our groundbreaking new features.