The True Cost of not having LOLER inspections!

LOLER is a set of regulations designed to make the use of lifting equipment, and the carrying out of lifting operations safer for everyone involved – including members of the public who happen to be nearby. They require you to make sure your lifting equipment is safe, stable and suitable for the task; as well ensuring that you’ve thoroughly planned every use of the equipment – taking into account any possible risks to health and safety. To do this, you’ll need to regularly inspect your equipment, attain and retain important safety documents, and draw up risk assessments and thorough plans every time you want to use your equipment.

This may all sound like a lot of unnecessary red-tape, adding to your already busy work schedule, but really, it’s absolutely crucial that you do it. Here’s why:

After an inspection by the HSE, a coach company in Wrexham was found to have 11 pieces of lifting equipment in need of inspection. To deal with this, they were issued with a notice to resolve the situation. However, even though the notice was extended, the company still failed to comply and ended up pleading guilty in court to breaching the LOLER regulations. As a result, the company was fined a whopping £250,000. 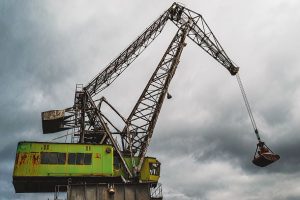 For many companies, this kind of fine would be a massive blow – not to mention the potential loss of business as a result.

In 2012, two men were working inside the basket of a raised platform. During the work, a section of the main boom buckled, dropping the men 28ft to the ground. One of the men died, whilst the other sustained severe injuries. It was found that this particular piece of equipment had been repaired a number of years before but had failed to be properly inspected since. The manager of the firm responsible for the equipment was found guilty of breaching LOLER and was sentenced to two years in prison.

The biggest cost of all

Whilst massive fines and a stretch in prison are bad enough, perhaps the biggest cost to not following health and safety regulations is the cost to people’s lives. 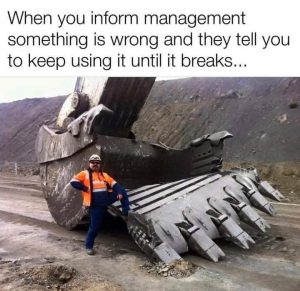 A crane collapse in Brixton resulted in the deaths of two people – the driver of the crane fell to his death, whilst a member of the public was crushed. (The company was fined £750,000).
Two untrained workers were told to dismantle a piece of lifting equipment at a school in Durrington. Their lack of training led to a fatal mistake, costing both workers their lives, and injuring a third person. (The company was fined £50,000 – though this would have been higher had the company not been forced into administration due to the incident).

And in 2014, a banksman died when a load was not properly inspected. As the man was directing the crane driver, the load broke free, falling and crushing the man – who died on-site. (The company was fined £44,000).

Each of those people who lost their lives due to negligence can never be brought back. So, whilst it may seem like a pain to have to fill out a few more risk assessments, or to take a bit more time to carefully plan an operation, it is nothing compared to the pain felt by the families of those who died. That is the true cost of not following LOLER.