The question of “Occupation”, on everyday forms that I fill out is the most difficult for me to answer. Reluctantly I select “Software Development” more often than not but also select “Safety Manager” or “Production Manager” on the odd occasion. “Software Developer” does not sit well as I cannot code!

While Sitecert from the outside may look like an “App” development company – our core ethos is in reducing repetitive tasks using technology.

We manage the “Production of Inspection Reports” for our customers so that it is as efficient as possible for all involved.

My own pathway through life has given me all the tools required to finally make inspections efficient and paperless.

My primary degree was in “Manufacturing Technology” which concentrated on using technology to drive down the cost of production.

This course really suited me as I was always considered “lazy” and spent my time up to then trying to get tasks done with the least amount of effort!  Now, I could have a career in doing what I always did!

Graduating on 9/11 with the world unsure where it was going, I headed back to University, for a post grad on “Safety & Ergonomics” for 2 more years. Safety Compliance was becoming an industry in Ireland at the time and manufacturing was shifting to lower cost economies.

A career in Safety beckoned and took up a position as a Safety Officer for John SISK and Son, Ireland’s largest construction firm.

I then set up my own safety consultancy firm doing for freelance for other Construction and Manufacturing companies.

This enabled me to create efficient management systems for our own customers. You would be surprised on the number of duplication of information recorded on the simplest of safety forms.

One of our most successful forms was our “induction” form which was a generic A4 printed safety booklet. The main difference was that it had blank areas which made it specific to each site regarding First Aiders and Emergency Rules. You simply pop the A4 Safety Booklet into a standard printer and print the information into the black areas. The section where Employees sign off on and enter training details is simply detached and filed, leave the employee with the safety booklet.

There are many other examples of where process can be easily changed to make it more efficient and provide a greater level of service.

Working for different companies adhering to their Safety Management Systems gave me a good insight into the inefficiencies in the safety sector.

Safety is all about “Eliminating the Hazard”, if possible and if not “Reduce the Risk”. The same mechanism should be used for reducing paperwork within the industry.

I preferred to be onsite where the accidents happen rather than in the office completing paperwork and complying with management systems, which unfortunately is replicated throughout the world.

One cold Monday in 2008, while in a windfarm on the side of a mountain in the Southwest of Ireland, we had a Lifting Equipment Inspection on site. The Examiner had travelled down from Dublin to do the inspections which was about 150 miles away (That’s a long distance in Ireland given its size!)

I drove him around the site and watched how he inspected and recorded the inspections. I asked him when to expect the regulatory reports as I had an upcoming Audit. 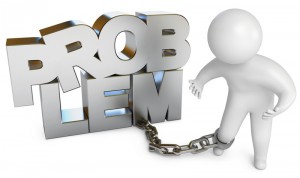 He said that he would be back in the office on the Friday, dropping off the paperwork to the Admin Staff. As they are generally 1 week behind on writing up inspections it would be 2 weeks before they were finished. They then had to be posted to my Clients head office, copied and a version sent to the site 150 miles away for my attention. I calculated it would be a minimum of 3 weeks before I got the report in my hand with and audit looming the following week.

Fortunately, the auditor made allowances as he was continually coming across this type of problem.

I knew that using a “PDA” (Mobile Computer) could be used for capturing the inspections and creating the reports online. Having a webportal available would have enabled me to login to view reports and comply with the law as electronic versions are acceptable.

Creating this solution then became my focus calling it “Sitecert”.

This system was designed around the needs of the End User, (the Safety Officer/Engineer on site) and also the Examiner carrying out the inspection.

It had to be simple enough for the Examiner to use even in the most trying of conditions. We worked with the Examiners on designing the most efficient system for them to use. We released our first version on Windows Mobile – the enterprise standard at the time and launched at Liftex 2009 with a basic system, the rest is history.

When I see people working inefficiently, it really bothers me. Making simple changes would make their lives so much easier if they stopped to thing what they were doing. 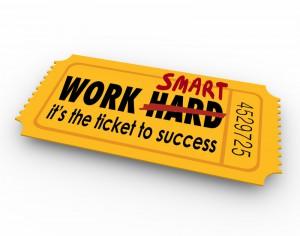 How many people do you see in your office using a “trackpad” on their laptop? Ever think how slow the trackpad is compared to a standard mouse?

Efficiency will go right up by only spending a few dollars. Mice and external keyboards are mandatory in our office if using a Laptop.

Laptop are classed for short term use from an ergonomic point of view, so as well as being inefficient they are not safe to use long term.

Getting annoyed watching people doing working inefficiently was always present and not just after doing my degree. I think I can trace it back to helping out my Grandfather on his small farm. He used to say and practice:

“don’t make one hand a slave to the other”

Putting it simply, each hand should do the same amount of work.

Working in my Fathers business also reinforced “working smart” as he erects headstones which are of considerable weight. The last thing we would do is actually manually lift the stone given its weight. You would be surprise how much you can get done using rollers and the “law of the lever”

Of course, truck cranes do a fine job also.!

While Manufacturing Technology gave me an insight into the tools available for reducing work and Safety – the Legislative requirements. It was Ergonomics that really put the polish on the system, ensuring it is as simple as possible to use and designed around the person’s needs.

Ergonomics is defined as:

“an applied science concerned with designing and arranging things people use so that the people and things interact most efficiently and safely” (www.merriam-webster.com)

We are very proud of the fact that there is only 4 main screens on our APP – which enables examiners to get off the ground quickly. It has what the examiner wants and nothing else.

Over the recent years “Lean Manufacturing Principles” have migrated into software development with the advent of the “Lean Startup” by Eric Ries which is all about accelerating software development. Life is interesting on how different methodologies can be transferred to various industries.

I personally have experienced the “pain” that Safety Officers have with paperbased regulatory reports  and learned through very helpful Lifting Equipment Engineers the problems that they have.

Transferring these pain points into a comprehensive solution is no mean feat. It is down to our very experienced programming team who worked diligently in creating a completion solution. They also kept motivated when Sitecert decided to deploy on Android and IoS requiring the system to be built from the ground up after only 2 years.

Our customer success team often get the praise from our customers on the simplicity of the system – but it is really down to our programmers trojan work.

Users generally think that the bigger the device the easier it is to use. We disagree as you hand has to move greater distances to press the buttons and invariable one hand will be spent holding the device. A 7″or 8″ device is ideal as it allows your 2 thumbs to cover most of the screen.

We have some features to launch yet which I think will really help the Safety Officer in the field with a direct relationship between the Asset in the field and the reports online.